If you’re a sport compact fan, the 2017 Honda Civic Si is daydream material. After the huge success of the 2012 – 2015 models, Honda decided to revamp the civic based car in its 2 door coupe model and its 4 door sedan model.

This amazing car features a 205 horsepower output, with a rev range that starts at 2100 rpm and peaks at 5700 rpm, it also has an increased maximum torque of 192 ft-LBM, and you can control it all with the top of the line six-speed manual. 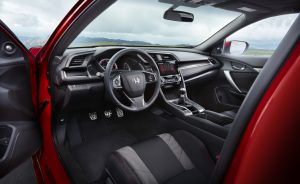 The engine performance of this new model has made improvement leaps, featuring turbocharger, direct injection and dual variable cam timing. This all results in a better fuel economy of 8.4L/100km in the city, 6.2L/100km on the highway and 7.4L/100km combined, for the maximum fuel efficiency, shift the dynamic driving to normal.

Some more upgrades to the 2017 Civic Si include a dual-pinion adaptive electric power steering system with variable ratios and a two-mode adaptive damper system. 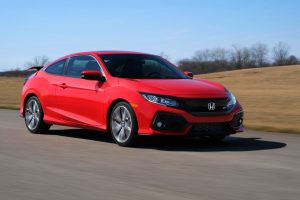 The 2017 Civic Si has also had some visual upgrades, and it’s quite a beauty to look at. The new model boasts the black glossed trademark Honda “wing” grille, which separates the bright LED headlamps and makes the front looking aggressively good. 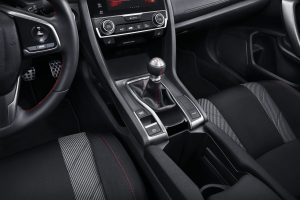 However, the interior is where the true detail is. Honda brings back it’s amazing deep sculpting sports seats, with nice side bolstering and a very pleasing “Si” logo embroidered in red on the upper seatback. There is also red threading all along the interior, shown on the cloth door inserts, leather-wrapped sports steering wheel, shift knob, and boot. To top it all off, Honda added white ambient LED lighting to set the atmosphere of a shockingly luxurious sports car.

Honda put in much quality of life features to the 2017 Civic Si, including pushbutton ignition, a 7.0-inch touchscreen infotainment system, navigation, voice activation, wireless phone, 452-watt 10 premium speakers, heatable front and rear seats, and a strong enough body and many safety features to score 5 stars overall from the NHTSA.
Before freight and dealer fees, the 2017 Civic Si starts at $28,890 its coupe model and just $28,490 in the sedan model. 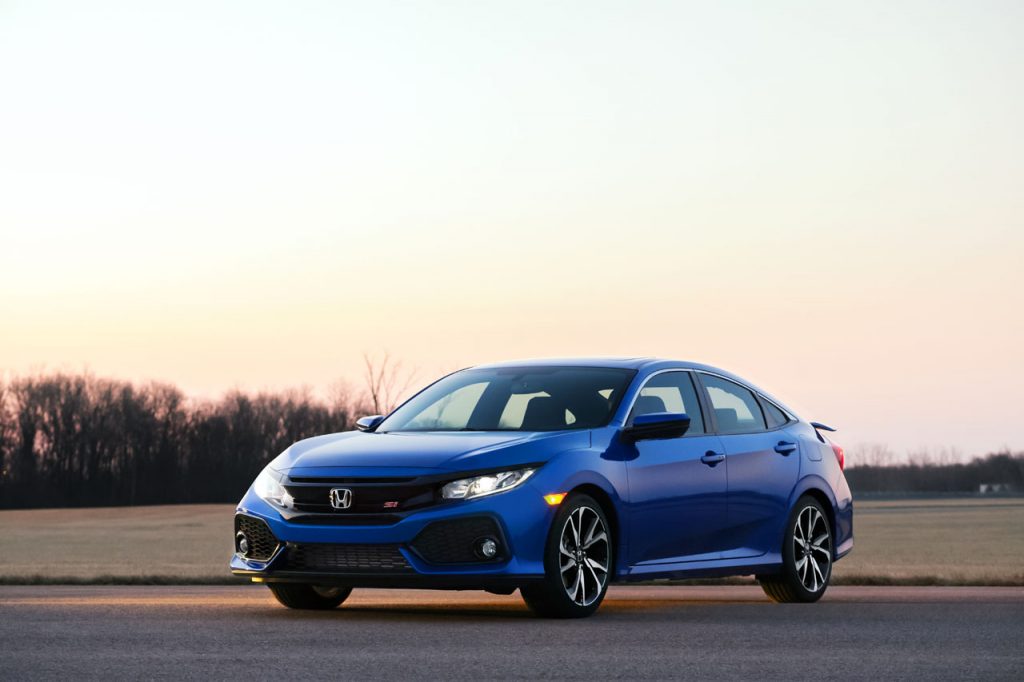